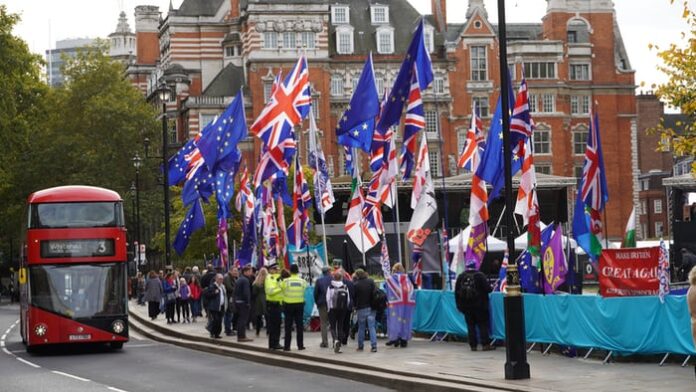 The U.K. has agreed on a free trade deal with Australia which it said marked a “new dawn” in its relationship with the country.

The deal — known as a Free Trade Agreement or FTA — means it will cost less for British businesses to sell products like cars, confectionery, and Scotch whisky into Australia, the U.K. government said Tuesday.

The move will boost U.K. industries that employ 3.5 million people across the country, it added.

Today marks a new dawn in the UK’s relationship with Australia, underpinned by our shared history and common values, U.K. Prime Minister Boris Johnson said in a statement.

Our new free-trade agreement opens fantastic opportunities for British businesses and consumers, as well as young people wanting the chance to work and live on the other side of the world.

The deal was flagged late Monday when Australia’s minister for trade said Johnson and his Australian counterpart Scott Morrison had agreed on the broad terms of the agreement over dinner in Downing Street in London.

The U.K. is keen to strike trade deals with nations around the world following its departure from the EU, but the deal is not without controversy. British farmers, for example, have expressed concerns that they could be undercut by cheap Australian agricultural imports and about Australian food standards.

Addressing these concerns, the government said Tuesday that British farmers “will be protected by a cap on tariff-free imports for 15 years, using tariff rate quotas and other safeguards.”

“We are also supporting agricultural producers to increase their exports overseas, including to new markets in the Indo-Pacific,” it said.

Speaking to the Australia-United Kingdom Chamber of Commerce in London, Morrison noted that while there might be some “hesitancy” when it comes to the new trade deal, “the ultimate explanation is jobs.” 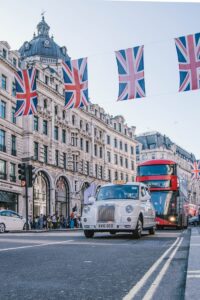 “We either are passionate about growing the markets in which we can operate, providing opportunities for our producers and suppliers and services, or we will stay in a situation of being unable to take up those opportunities,” he said. 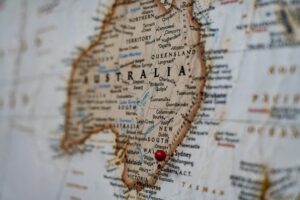 The free trade deal with Australia is the first major agreement negotiated from scratch by the government since the U.K. left the EU. A final “Agreement in Principle” will be published in the coming days.

The deal is seen as a precursor to the U.K. joining a wider Asia Pacific free-trade agreement known as the Comprehensive and Progressive Agreement for Trans-Pacific Partnership (CPTPP).

On Tuesday, the government said the trade deal with Australia “is also a gateway into the fast-growing Indo-Pacific region and will boost our bid to join CPTPP, one of the largest free trade areas in the world, covering £9 trillion of GDP and 11 Pacific nations from Australia to Mexico.”

Trade is expected to grow under the deal, the government said, adding that it will also offer more opportunities to young people (Brits under the age of 35 will be able to travel and work in Australia more freely following the agreement)