Joaquin Antonio Consuelos is the youngest son of a media personality, Kelly Ripa, and an actor, Mark Consuelos. There aren’t various things Joaquin hasn’t experienced because he was born rich. Regardless, his parents have instilled in him a strong sense of responsibility, that makes him remain grounded.

He was born on 24th, 2003, in Los Angeles, Joaquin is the second son between long-term couple Mark Consuelo & Kelly Ripa. His name is somehow inspired by Mark’s Consuelo Mexican heritage. The Joaquin Antonio Consuelos name is the Spanish version of the name Joachim which means ‘God has established.’

Joaquin Antonio Consuelos has a mixed heritage if we talk about ethnicity. From his father’s side, he is an Italian & Mexican while from his mom’s side he is Irish. Safe to say, he got to enjoy all the cultures at once while he was growing up.

His parents raised him in Manhattan, New York City. His father is an Italian & his mom is also three-quarter Italian & he is in New York. Maybe he was having that old New York accent. Pun intended!

Now we will be keen to know does Joaquin Antonio Consuelos have any sibling?

Yes, He has two older siblings, one sister & one brother Lola Grace born on 16th June 2001 & Michael Joseph Consuelos born on 2nd June 1997. The oldest one, Michael has done his graduated from New York University’s Tisch School of the Arts. On the other hand, Lola studied at New York University.

It has been often said, you can achieve anything if you can set your mind towards it. The earlier days of Joaquin’s school weren’t exactly pleasing. He suffered from severe dyslexia and dysgraphia and his parents didn’t believe he’d be able to do great in school.

But against all odds and with the support from his parents and School, Joaquin graduated high school and that too with great grades. In one of the episodes of ‘Live with Kelly and Ryan,’ back in 2021 of February. Ripa once mentioned that her husband Mark choked up when they discussed their youngest’s college selection process.

She said Mark got choked up and very emotional as he said, You know he assumed he would never be able to go to university because he was profoundly dyslexic and dysgraphic.

The year 2021 fetched ahead great news for the Conseulas family. In March of 2021, the University of Michigan announced that Joaquin will be joining their program. The UNI added a caption in the Instagram post, SIGNED: Welcome to the family.

Mark his Father, who was over the moon after hearing the news, commented on the post with a wrestling-type emoji. Although, Joaquin himself commented, Superly excited to step into this next chapter with @umichwrestling!

Well, this certainly was terrifying news because Joaquin suffered from Dyslexia his entire life

For the Consuelos family, Joaquin’s graduation was especially a memorable incident because he had overcome tremendous difficulties to get there. Ripa stated with Kelly and Ryan in February that her youngest kid, Joaquin has dyslexia and dysgraphia, which are learning disabilities that make reading and writing difficult.

There are many interesting incidents in his wrestling career. Some are mentioned below.

We’ve all seen how most star kids tend to follow their parents’ profession. After all, the apple always doesn’t fall far from the tree. Nevertheless, many exceptions have taken a different career for themselves.

Likewise, judging by Kelly’s son’s Joaquin Antonio Consuelos might be more interested in wrestling as opposed to acting. Since high school, he has been participating in Many wrestling tournaments and he has even won several matches as well.

Back in 2020, he had also broken his nose in one of his wrestling tournaments Although he won the match, his nose had all busted. Kelly uses her Instagram account to disclose the news. She shared many pictures showing behind the scenes of the match and wrote, “You win some, you lose some, and sometimes you get a tampon shoved up your nose.”

As a mom, she was worried but her playful banter couldn’t be contained.

In addition to this, there was another incident. In December 2019, during one of Joaquin’s bouts, his father got furious and tried to confront Joaquin’s opponent. His opponent had ripped off his headgear that riled up Mark up quite a bit.

Mark started walking towards his opponent and said a few words to him until a spectator pulled him away. As this event unfolded, Kelly, his mom who was also at the match, remained calm.

Is Joaquin Antonio Consuelos Having a Girlfriend?

We know you’re all keen to know if Kelly’s son is dating someone or not. He doesn’t seem to be dating anyone According to his Instagram account. His Instagram, which boasts more than 90k followers, has only a handful of photos of his day-to-day life.

As for now, Joaquin Antonio Consuelos is not in a relationship and living a single life. Given that his mother Kelly is very open to her fans about her family So, Joaquin will be having a partner she’ll tell us.

Having successful parents really will make your life pretty easy, at least on the surface. Similarly, all three of Mark & Kelly’s children don’t have to worry about any monetary stuff. As their parents are millionaires with a combined net worth of over $100 million.

WHO IS JULIO MACIAS’S GIRLFRIEND? ALL YOU NEED TO KNOW

Although, the duo has tried their best to keep their kids from turning into spoiled brats. All three of them have done exceptionally great in their academics. And they will also do great in their future careers as well.

The famous child Joaquin Antonio Consuelos is now approaching his twenties. Ripa used to carry him around like it was just yesterday. 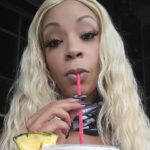