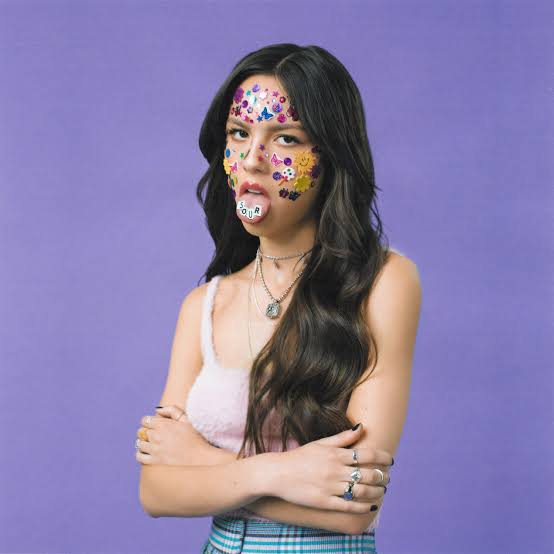 On the success of ‘brutal’,  the opening track of Olivia Rodrigo’s debut album, Sour, she bangs the brakes on her fast track to superstardom.

I’m so exhausted that I might resign from my job start a new life. And they’d all be so disappointed because who am I if not exploited, she talks-sings through her teenage angst. “God! It’s brutal out here,” she howls. It’s a simple way to prime listeners to go easy on her—it’s her first time after all. 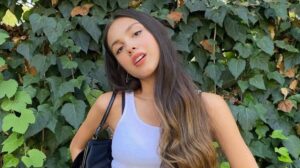 Olivia Rodrigo has had the number one song in the world, enacted on Saturday Night Live, found herself in the middle of a public love triangle. And posed the cover of magazines around the world—all before her first album even debuted. She turned eighteen back in February, weeks after her single “driver’s license” went excessively viral. And has since been thrust from girlhood to Hollywood as the music industry’s songwriting sweetheart. TikTok loves her, Taylor Swift loves her, and according to the graphs, so does the world.

Olivia Rodrigo known best prior driver’s license as a star of Disney Channel’s High School Musical: The Musical: The Series, Rodrigo is attending in the familiar footsteps of her precursors Miley, Selena, and Dem. However, she’s also accomplishing it on her terms. Their careers have given her a ticket aboard the cool girl express. She curses, she wears what she likes, and she collaborates with Petra Collins. Her debut album isn’t a complete withdrawal from Disney child star, she’s neither developing nor all grown up. Simply put, she can accomplish whatever she wants.

At times Sour can feel confused, going back and forth between timeless sparkling ballads and pop-punk songs that give her a late 90s/early 2000s edge. On first listen, the sweet, which the album is primarily comprised of, can leave you yearning for more of the sour. But part of the fun is following Rodrigo down these different roads and trying on those different identities with her. She goes from a dorky reference to “Glee” (Watching reruns of Glee / Bein’ annoying, singin’ in harmony) on “Deja Vu” to calling an ex “a damn sociopath” on “good 4 u.” She’s not settling on just one taste yet.

Her strongest bite comes in the form of “jealousy, jealousy,” a track about the toxicity of social media. “I see everyone getting everything that I want / I’m happy for them / but then again no I’m not / Just cool vintage clothes and vacation photos / I can’t stand it,” Rodrigo hisses at the rich kids of Instagram, kicking and screaming her way out of the box that her first two singles seemingly put her in. 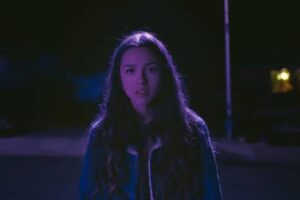 If that fire feels pulled from the Reputation era of Rodrigo’s idol, Taylor Swift, most of Sour feels more drawn from Swift’s early days, overlooked by the nostalgic breakup ballads that first put both artists on the map. There’s a dash of Swift’s Fearless on “Enough For You” hints of “Speak Now” on “traitor” and even a little taste of Folklore on “Favorite Crime”. She even experiments Swift’s “New Year’s Day,” on another romantically intoxicating track. These softer string-filled junctures slow down the album, in the best way, staying to absorb Rodrigo’s silky smooth voice and clever, sometimes lethal lyrics about pure young love.

On Sour, Olivia Rodrigo is accomplishing the only thing an eighteen-year-old should be doing—becoming who she is. Just like any teenage girl, the album goes through phases, and her dignity comes in waves as she debuts herself as a weak work in progress, providing listeners glimpses of who we might watch her become.