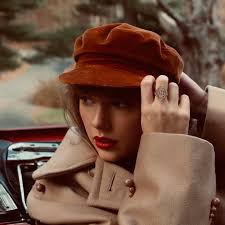 This will be the first time you hear all 30 songs that were meant to go on Red. She also notified that one of the songs would be 10 minutes long. 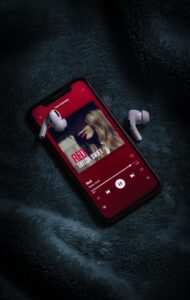 Gathering a huge fan following with 1989 would be the next album to collect the re-recording treatment, Taylor Swift has selected Red, her fourth studio album which has earned 7.5 million equivalent album units to date, according to MRC Data. Released in October 2012, the sprawling foray deeper into the pop world included Swift’s first career Hot 100 No. 1 single in “We Are Never Ever Getting Back Together,” as well as hits like “I Knew You Were Trouble,” “22” and “Everything Has Changed” with Ed Sheeran.

Released in April, Fearless (Taylor’s Version) included six previously unreleased “From The Vault” songs, in addition to new renditions of hits like “You Belong With Me,” “Love Story” and “Fifteen.” The re-recorded album debuted atop the Billboard 200 with 291,000 equivalent album units in its debut week, according to MRC Data — the biggest opening week for a country album since Luke Bryan’s Kill the Lights in 2015, and first re-recorded album to ever hit No. 1 in the chart’s history. Fearless (Taylor’s Version) has earned 527,000 equivalent album units to date.

Taylor Swift: The epitome of perfection 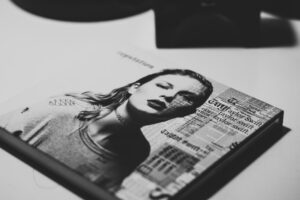 In 2019, Taylor Swift announced plans to re-record her first six studio albums after Scooter Braun acquired her master recordings. She began re-recording her albums last November — one month before releasing her new studio album Evermore, and four months before last year’s Folklore won the album of the year Grammy, making Taylor Swift the only female artist with three albums of the year trophies in Grammy history.

Musically and lyrically, Red resembled a heartbroken person,” Swift wrote. “It was all over the place, a fractured mosaic of feelings that somehow all fit together in the end. Happy, free, confused, lonely, devastated, euphoric, wild, and tortured by memories past. Like trying on pieces of a new life, I went into the studio and experimented with different sounds and collaborators. And I’m not sure if it was pouring my thoughts into this album, hearing thousands of your voices sing the lyrics back to me in passionate solidarity, or if it was simply time, but something was healed along the way.

It is going to be fun because it’ll feel like regaining freedom and taking back what’s mine,” Taylor Swift told Billboard, back in 2019, of the re-recording process. “When I created [these songs], I didn’t know what they would grow up to be. Going back in and knowing that it meant something to perpetually a really beautiful way to celebrate what the fans have done for my music.