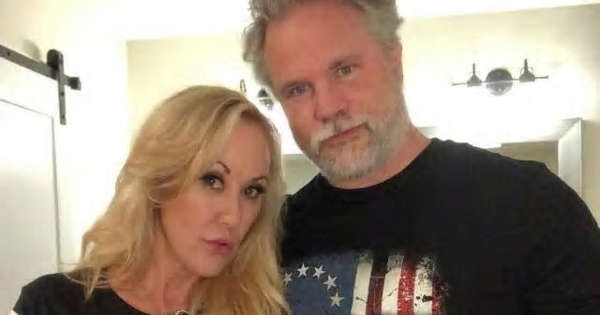 Chris Potoski is a businessman who owns a boutique property development as well as digital assets management. Potoski is the CEO as well as the founder of Tracey Jordan Properties and TJC Assets Management.

He is also popular in the media as the spouse of a pornographic actress, Tracey Lynn Livermore, known professionally as Brandi Love.

It’s always a tricky situation when one is associated with someone in the adult industry. More often than not people and media mark and question their choices, lifestyle, relations, and much more.

So has Chris Potoski faced such a situation? Is he supportive of his wife’s professional ambitions? And how did they meet each other for the first time? Know all these along with a few other facts by viewing Chris Potoski in the following details.

Chris Potoski Was Raised In Juvenile

Chris Potoski was born in Raleigh, North Carolina, in the year 1972. He spent the majority of his junior high and high school years in the care of  The State of Michigan at a facility called Eagle Village. In an interview, he said he has fond memories of Eagle Village and the people there.

The entrepreneur said that he still buttons the top buttons of his shirts when he hangs them up. He said that when he thinks about the Emig family or Reed City High School, it brings a cute smile to his face.

After Eagle Village, Chris Potoski was put on a state program called self-sufficient living. The state afterward provided him with an allowance” and as well as a terrific social worker, named Bob Kozlowski.

He completed traditional high school on his own money. He received his GED and agreed he was either going to college or into the military.

Chris Potoski applied to Ferris State University but they rejected him numerous times. He then walked to Big Rapids MI, lived in a rented room, and showed up at the admissions office every single day.

Potoski ultimately got admission to Ferris State but later walked to Central Michigan University and graduated with a 3.8 GPA and a double major in Physiology & Psychology.

While in college he didn’t attend any formal training in technology except Word Perfect and DOS. 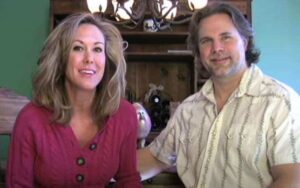 Because of his independent living status, he was able to obtain various grants and student loans to help pay for college. He struggled nearly full time throughout and more than full time in the summers.

Chris Potoski Is A Succesful Businessman

Love’s husband kicked off his career in the year 1995 when he became a business development director in Curative Health Services in New York. After expending five years at the company, he moved to Florida, where he specialized as a vice president of the National Healing Corporation.

Just As the vice president, Potoski also founded the great No Rivals Media Company. There he performed as the chief executive officer for four years. He, later on, began a digital assets management company called TJC Assets. He’s been with the company since the year 2004.

In the year 2009, Chris Potoski co-founded a software company, Invixis, and served as its chief operating officer until the year 2014.

Moreover, Potoski also founded his own company which was popularly called Tracey Jordan Properties. The business specializes in giving luxury properties as well as a boutique experience to vacationers in Michigan’s popular Inland Waterway in the state’s prestigious Northwest corridor. 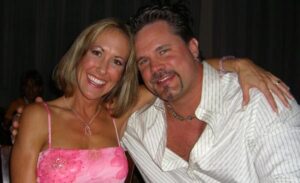 Chris Potoski’s success in business has gained him various President’s Club awards. While thriving in business, he also auditioned and secured a role in the year 2008 TV series documentary, Penn and Teller.

Potoski Is Supportive Of His Wife Brandi Love’s Profession

Potoski and former model turned adult film entertainer, Brandi Love married on 10th February in the year 1994 in a private ceremony. The couple has been together since. Together, they share a daughter who was born, in the year 2000.

Due to Love’s affiliation with the adult film industry, she as well as her husband, Potoski agreed to keep their daughter’s identity private. It wasn’t until their 23rd wedding anniversary during they publicly revealed their daughter.

Chris Potoski met his bride and best friend in college and married before graduation. In the middle of their graduation, they hopped into a Ryder Truck as well as moved to Florida.

They afterward unpacked the Ryder truck into their apartment in Ft. Lauderdale and headed to Mexico. The couple took close to four months as well as backpacked through the country.

People have often been amazed if Brandi’s businessman husband ever had any problem with his wife’s profession. Potoski, himself is the one who co-formed as well as funded the adult company for his wife. They are also working as business partners of Grapevine Greetings, which designs custom labels for wine bottles.

Reports stated Brandi’s parents and Chris Potoski’s in-laws wanted custody of the child because they felt she was not in an ideal surroundings owing to Brandi’s line of work. Chris Potoski as well as his wife countered the decision and managed to keep their daughter.

Before Brandi agreed to try a career in pornography, Chris Potoski had a stress-induced heart attack. This became one of the reasons that led him and his wife to begin making adult content from home.

It was in March of the year 2004. For the previous three years, he had been flying an average of 240 flights a year and was home around 9 days a month.

The grandparents called child protection services to rescue the daughter. However, after a series of investigations, the authority found nothing conceding regarding the child’s immediate environment that could be a cause of concern for the child. Chris Potoski and his wife eventually got the right to keep and raise their daughter.

Amidst the custody, the businessman as well as the adult film actress set up a website to help get support from people and various adult film professionals who had also gone through a related experience. The site was known as Parent In Adult.

Potoski’s Wife Was Kicked Out Of An Event

The wife of Chris Potoski was pushed out of a conservative event. In July in the year 2017, Love as well as her husband accompanied the Student Action Summit, (a function by Turning Point USA), in Tampa, which is in Florida. Both of them paid around $500 for a VIP ticket.

But all the other attendees unexpectedly kicked her out after backlash from parents as well as Christian organizers. Chris’ spouse later remarked the incident was extremely hurtful as well as disappointing. She contended it was an obvious example of cancel culture. 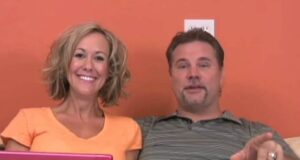 She said that despite her love as well as support for Charlie Kirk’s organization, she was prohibited. Love added it was hypocritical. The businessman’s spouse, Love originally arrived at the Tampa Convention Center as an interested attendee, posting several photos of herself on Twitter promoting the event.

The Christian conservatives, however, began criticizing her existence saying the organization’s decision to allow an adult film star to attend an event targeted at 15 as well as 16-year-olds. Within a few hours, the adult actress received an email from organizers that she was not invited to be part of the great event.

What Is Chris Potoski’s Net Worth?

As a successful businessman, Chris has gained a decent lifestyle as well as made a decent amount of money. As far as talking about his net worth, he is worth around $8 million as of the year 2022.