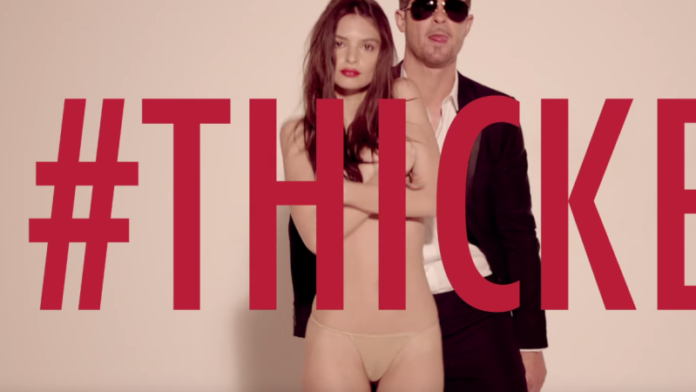 The Blurred lines video Star Emily Ratajkowski accused Robin Thicke of groping her while on the sets of a music video shoot. And, Surprisingly this isn’t the first time that Blurred lines have faced controversy. Back in 2013, When Robin Thicke was at the top of the game in the music industry. He released a track named, “Blurred Lines” a song that became too popular.

The song became that popular, it spread everywhere within months, after following up its release in March 2013. And in this memorable music video, Emily Ratajkowski was a part of few shots. Wherein the video she can be seen as one of the topless subjects of the Blurred Lines music video.

Along with Emily Ratajkowski another part of the music video of something to do with Miley Cyrus. However, there was also another now infamous foam finger at the VMA’s in that year. According to the book by Emily, Robin crossed the unblurred lines of propriety with her whilst making the music video. The music video got famous worldwide and got Robin International Fame. The alleged victim, Emily wrote in her book about the music video, Blurred lines.

In the book, she even mentioned the incident where Robin tried to grab her bare breasts during the shooting of the music video. Wherein, Emily was supposedly topless due to the demand for the music video. Emily came out and openly talked about the incident in the Sunday Times London in the forthcoming story. The melodious and rock twist to the song gave it a huge fan following. This even included a Raunchy web version which became a huge hit around the world. 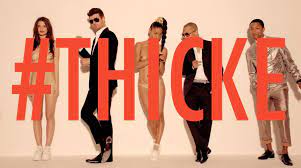 Emily Ratajkowski said whilst shooting for blurred lines, suddenly she felt a foreign touch from a strange hand with its coolness. And, the hand tried to cup her bare breasts from behind, when she turned to find out who tried groping her. She found Robin Thicke touching her, and she instinctively moved away looking back at him. Emily is all set to launch her new book, ” My Body” wherein she even talked about the incident where Robin tried to grope her bare breasts.

Ratajkowski was one of the three models in the music videos who appeared in various states of undress in the music video. The music video, Blurred lined even starred rapper TI and singer Pharrell Williams. And according to the reports, Emily did enjoy the music video initially. However, later when Robin started coming on the shooting set, in a drunk condition. The whole set became somewhat awkward as he started behaving boorishly. 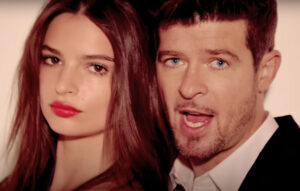 She wrote in her book that his smile broke in a somewhat brimming way from behind the sunglasses. And she felt, that her head turned into darkness in the shooting sets. The director of the music video, Blurred lines Diane Martel’s voice cracked as she yelled to ask if I am okay. Surprisingly, to all this is that it isn’t the first time the singer, Robin has gotten into controversy over the song Blurred line.

Earlier, a copyright lawsuit was also claimed from Marvin Gaye’s estate following its release and in the upcoming months as well. Later it followed it for quite a few following years and months. And later there was also a huge backlash over the music video Blurred lines for promoting a misogynistic culture in society.

MENA SUVARI SHARES ABOUT HER RAPE AND EXPLOITATION VIA ‘PEACE OF MIND’
The whole story by Emily’s backed up by the music video director Diane Martel who agreed with the story about the accusation. Along with that in 2019, Pharrell Williams helped produce the track. And was also part of the music video condemned the songs stating that he’s embarrassed with his work earlier in the past.