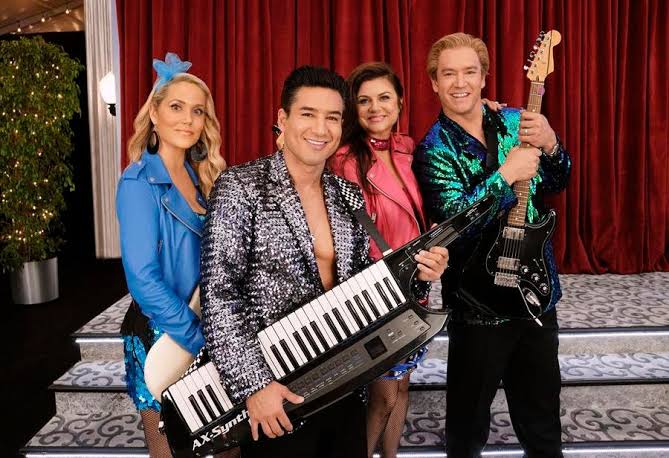 If you were a child of the ’80s, you more than likely used your Saturday mornings with the intrigues of Bayside High. ‘Saved by the bell’ which ran on NBC from 1989 to 1993, seemed to transcend screens, fostering a generation of fans who loyally trailed Zack (Mark-Paul Gosselaar), Kelly (Tiffani Thiessen), Slater (Mario Lopez), Jessie (Elizabeth Berkley Lauren), Screech (Dustin Diamond) and Lisa (Lark Voorhies) from high school to university, a wacky vacation in Hawaii and that long-awaited wedding in Las Vegas.

One of those Bayside superfans was Emmy-winning 30 Rock writer Tracey Wigfield. I have a crazy amount of fondness and recollections for Saved by the Bell, and I know I’m not alone, she says. It was a silly and kind of weird, sanitized, and cartoony version of what high school is, but it struck a chord in my era.

Saved by the Bell : Bayside reimagined 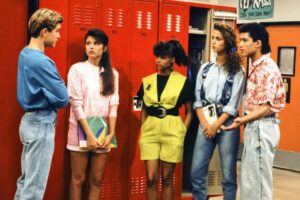 In reimagining the estate for Peacock three decades after its original run, Wigfield knew she could take the loyal supporters of the sitcom through the motions of some later-in-life shenanigans of the old gang — she just didn’t want to. Reboots are not a new idea, and taking a show that people loved and just making more of it didn’t seem like such a novel or, honestly, an exciting concept for me,” says Wigfield. “The thing that I had never seen done before, and what seemed exciting was: Can you take this Multicam teen sitcom that we all remember and turn it into a completely different genre of comedy?”

Wigfield’s idea involved getting the original crew on board with poking fun at their iconic characters, a proposal that originally made her nervous. I have a fifth-grader inside of me, who’s in love with Zack Morris and Slater, so for me, it was like, ‘I hope they like me and this weird idea I have,’  she says. There was a fear of, ‘What if none of them have a sense of humor?’ But they all got it right away and were thrilled to come back and be these characters again.

At modern-day Bayside High, the hallways look like time stood still, but within those hallways is a whole new world. Edgier, far more self-aware and single-cam, the latest jaunt at this fictitious school delivers those much-anticipated check-ins — Zack and Kelly are still wedded! Jessie still can’t touch caffeine! Slater teaches gym and is still in love with Jessie, natch! — but it also submits onlookers to a whole new set of characters who weren’t even alive when posters of their senior castmates lined the walls of tween rooms across the United States.

To provoke a sense of the original, Wigfield occupied Bayside High with characters who suffered from some of the — let’s be honest — tone-deafness of Zack and the gang. The real transformation to this beloved estate was juxtaposing the Bayside kids with a crop of students, who, thanks to Zack Morris’ poor budgeting and leadership abilities as the governor of California, end up attending Bayside High when their school is shuttered.

The biggest challenge, says Wigfield, became nailing the tone of a satire that not only delivers on the nostalgia front but also tackles social grievance and gets the laughs. 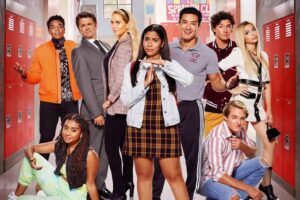 By the third episode ­— in which the A-story deals with a pupil from the underfunded school being indicted of stealing electronic equipment. And the B-story catches two Bayside boys pursuing the same girl without being able to comprehend that they like the same person ­— Wigfield was confident that Saved by the Bell 2.0 had found its footing.

Production architect Joseph Lucky did not have access to Ken Johnson’s original methods, which meant he had to accustom himself to the world of the original to bring Bayside and hang out The Max into the new millennium.