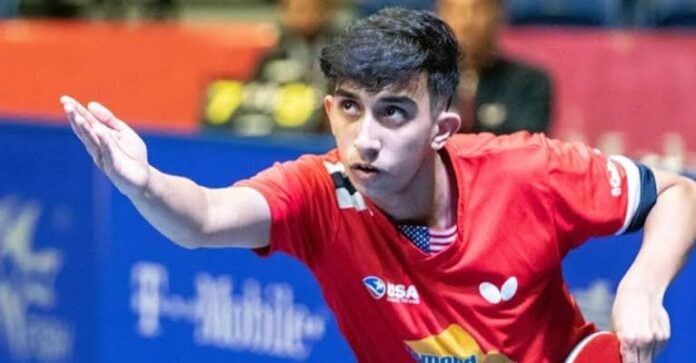 San Jose resident Nikhil Kumar will soon be pursuing Computer Science at the prestigious University of California in Berkeley. Something bigger achievement is – Nikhil Kumar has achieved a berth in team USA

An ace table tennis player, he is one of the six champion paddlers who will represent the USA at the Tokyo Olympics. A left-handed attacking player, Indian American Nikhil Kumar earned first place in the table tennis Olympic trials. He won gold at the 2019 Lima Pan American Games and secured Men’s U-21 bronze at the 2020 ITTF Portugal Open.

NIKHIL KUMAR: A JOURNEY OF HARDWORK AND GLORY

The 2003-born Nikhil Kumar will be the youngest American TT player at the Tokyo Metropolitan Gymnasium, home of the 2021 Olympics TT arena.

Kanak Jha is another Indian American in the USATT squad. The singles player will be playing in his second successive Olympics.

Kanak also won the men’s singles and doubles gold at the 2019 US National championships.

Kanak, the 2018 Pan American singles gold medallist, Kanak trains in Germany where TT infrastructure is considered top-notch, but he belongs to the SF Bay Area, also known as the Silicon Valley, as do four of the six paddlers in the USA Olympics team. The other two are former Chinese national team players, who immigrated to the USA.

What is so unique about the Bay Area to have produced four of the six paddlers chosen for the USATT Olympic team? The answer lies with former Indian table tennis player Rajul Sheth, who the USATT website refers to as managing “the most successful table tennis program in the US.

Rajul Sheth, executive director of sports at Indian Community Center, has produced seven Olympians and more than 70 US national players so far.

Vadodara-born Rajul moved to California in 2002 when table tennis and other sports were discontinued at IPCL, the company he was employed with. Professional table tennis was almost non-existent in the USA when he arrived. Referred to as ping pong, it was largely a light, recreational activity. 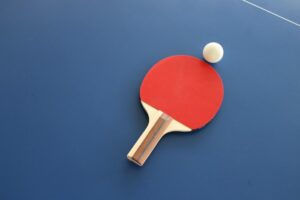 While working night shifts at a gas station. Sheth’s longing for TT led him to strike a conversation with a player who often came to fill up gas. Former Indian national TT player and engineer, Rajul discovered that there was only one sports club in the SF Bay Area which had a TT table.

One thing led to another, and Sheth’s skills took him to India Community Center (ICC) in Milpitas city, where he started a summer program with two TT tables and a few young kids in 2005. He had a knack for identifying and nurturing natural TT talent in his young campers. Despite constant financial challenges with TT not being a mainstream American sport, Sheth has gone on from there to produce seven Olympians and more than 70 US national players in the last decade and a half.

To take his young talents to international levels, ICC imported coaches from abroad. “Indian coaches are very good for younger kids. Coaches from China are high-level playing partners, with a clear style and strategy,” Sheth said.

USA has never won a TT medal at the Olympics. TT is a sport dominated by China. USA is sending a full six-member TT team to the Olympics for only the second time in history, largely due to Rajul Sheth’s perseverance at raising the profile of the game in Ulevel playingSA, his adopted homeland.

Sheth has taken ICC from a two-tables summer camp and transformed it into a 20,000 sq.ft. ha hotbed of US table tennis – the largest in North America.