The first trailer for Dear Evan Hansen has been released by Universal which is the movie adaptation of the Tony Award-winning Broadway musical created by Justin Paul and Benj Pasek. On September 24th, the film opens in theatres.

Ben Platt plays the role of a lonely and anxious high school student who writes motivational letters to himself as an assignment from his therapist. One of the letters comes in Conor’s contact who is the classmate of Evan Hansen. Shortly afterward, Conor dies by suicide with the letter in his pocket. His parents are led into believing that the letter was written by Conor to Evan before he died. Evan forms a relationship with the Murphy family while being caught up in the lie that was the best friend of Connor and he plans a memorial service for Conor at school and gradually learns more about Connor and himself as he goes long.

The cast for Dear Evan Hansen includes Ben Platt, Amandla Stenberg, Kaitlyn Dever, Julianne Moore, Amy Adams. Steven Levenson wrote the book that inspired the stage musical and his script is directed by Stephen Chobsky who had also directed the Perks of Being a Wallflower. During the COVID-19 pandemic, Dear Evan Hansen is one of the first major releases to have been filmed.

Due to an early premium video-on-demand pact between cinema chain Cinemark and AMC and Universal, the movie will likely keep its September date. The studio can debut new movies on home entertainment after 17 days, under the agreement, without fear that major theater circuits will boycott.

In December 2016, Dear Evan Hansen opened on Broadway and quickly became a fan favorite. The awards circuit was also dominated by the musical taking home six Tony Awards, including best actor in a musical for Platt and best musical. A Grammy was also won by the original Broadway cast album which includes the catchy songs “Waving through a Window,” and “you will be found.” 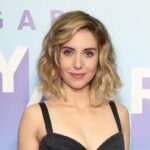