Have anyone of you ever watched one of the breathtaking action movies the Fast & Furious franchise. If you have seen then we are sure that you haven’t probably gotten over Paul Walker‘s sudden. About Paul Walker and the tragic death that was captured. The late Hollywood star was dreadfully killed in a car accident.

Although the famous actor never married and never had any such relationships. Paul Walker had a daughter named Meadow Rain Walker with his ex-girlfriend Rebecca McBrain. Rebecca McBrain was leaving in Hawaii when her ex died. But on the spot, she moved to California to meet support their daughter at such a heartbreaking time.

Where is Rebecca McBrain From?

Rebecca McBrain is from California and she was born in the year 1974. She is the cutest daughter of Julie Ann and Mark Soteros. Unfortunately, her mother Julie died at the age of 48 in July 2004. She grew up along with one of the youngest brothers whose name is Joshua.

Well, talking about her education, Rebecca McBrain studied in Village Christian School, and she graduated in the year 1992.

Rebecca McBrain is the Girlfriend of Paul Walker. They are blessed with a daughter.
The couple began dating in the year 1998. Paul Walker was a fresh face in the entertainment industry. At that time he had a few projects under his belt.

After a few years in their relationship, the couple welcomed their first daughter Meadow on 4th November. Her name is Meadow Rain Walker. As per the Sources, after the birth of their daughter, Rebecca McBrain asked him to get married but the actor wasn’t prepared at the time. As it was the peak time of his rising Hollywood career. After that, The couple parted their ways mutually.

As per reports and sources, there were frequent arguments between Paul and Rebecca McBrain as she had a habit of drinking. Rebecca’s Drinking Habit ruined Their Relationship due to which they separated.

She was arrested twice for driving under the influence (DUI). In October 2003, Soteros was first arrested for DUI in Newport Beach, which is in California. She was arrested For the second time, Paul’s ex pleaded guilty to the same case in Hawaii.

At the time of their partition, their daughter was a toddler and young. At that time spent the majority of her childhood with her mother and she was grown up in Hawaii. But in the year 2011, she moved to California so that she remained closer with her father.

The father and a daughter shared a very strong bond and relation with each other. Her actor dad also wanted to take a break from his busy acting career to become a full-time father. He told about this in an exclusive interview with EW,

He mentioned that his heart was so desperate for various years with the situation with his daughter. She was living in Hawaii and she was there and he was running there. His daughter lived with him full time then and she was the best partner he had ever had. It’s so nuts.

Moreover, Paul’s dad Paul Walker Sr also detailed his son’s love for Meadow in a very emotional interview with CBS Los Angeles. He stated his son’s saying that he wanted to take a hiatus and break. She was only 15 and he didn’t have much time to be with her and spend time with her. And he got the boom, he got a chance to work in another movie. He said that he didn’t know what to do.

Rebecca and Her Daughter’s Life After Sudden Death of Paul

The sudden and tragic death of the actor shocked all his fans. But it mainly destroyed his daughter. He was working in the charity organization Reach Out Worldwide for victims of Typhoon Haiyan (Yolanda) when this incident happened. His daughter was also attending that event. But at that time, Rebecca McBrain was in Hawaii. At that time she flew to California as soon as possible after that incident happened to be with their daughter.
At this sad moment, Meadow posted a very emotional message on her Facebook.

She wrote that When she was little he taught her to walk, taught her to smile, and taught her to never give up. She love him even before she knew what love exactly means. He was her hero. He would always remain in her heart! It brought tears to her eyes as she wrote this. She added that he has gone but he has not been forgotten.

Walker was in a car with his race driver friend Roger Rodas. It collided with a tree in Santa Clarita when Roger lost control. And unfortunately, he died.

After Walker’s death, Meadow became the sole beneficiary of her father’s possessions after the death of Walker. It included a net worth of $25 million.

Paul Walker’s Mother signed for Guardianship of Her Granddaughter Meadow for the sake of Rebecca’s Alcoholic Addiction.

In March 2014, the late actor’s mother Cheryl Ann Walker appealed to be a legal guardian of her grandchild Meadow. She alleged the baby’s mama had an addiction to alcohol. But, from one source, Rebecca McBrain is always a good mother and she also shares a lovely relationship with her daughter.

EVERYTHING ABOUT CARLI MILES

She loves her. He had always been and would always be a good mother. There is neither no reason for that change. She would fight this and she is sure, that until her last breath to be a mom. All her wish is to have her child.

But, some days after Cheryl’s filing, Rebecca told Cheryl that she took a quick decision to go to a rehab facility. According to TMZ, the grandmother of Meadow then promised would drop the case of guardianship if she could complete the program or event.

What is Rebecca McBrain Real Name?

Many news came that Paul’s former flame Rebecca McBrain was married to Nicko McBrain, the drummer of the heavy metal band Iron Maiden. But, the lady who was in a marital relationship with Nicko isn’t Paul’s former girlfriend Rebecca. Firstly, Nicko is married to a woman since 1989. But on the other hand, Walker’s ex real name is Rebecca Soteros according to a genuine online source Daily Entertainment News.

What is Rebecca McBrain Doing Now?
Rebecca McBrain has never revealed anything about her personal life in the media. She has kept every detail very secretive. The ex-celebrity girlfriend is neither available on any social media platforms.

Tabloids reported that Rebecca presently lives in Los Angeles and is doing a teaching job there. She also likes to play a behind-the-scenes role for some charity organisations. One of the non-profit organisations which Soteros supports is the Paul Walker Foundation. It was established in the year 2015 by their daughter Meadow. It aims at helping students who are interested in studying marine science educations.

In the year 2021, Rebecca McBrain has a net worth of around $250,000 in 2021. Other than that, we haven’t gotten to know anything about her wealth as well as the properties that she has.

Besides, talking about her late ex-beau Paul’s riches, he had a net worth of around $25 million at the time of his death. He formerly earned the money from his work in several hit movies as well as TV shows. 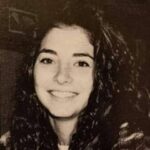