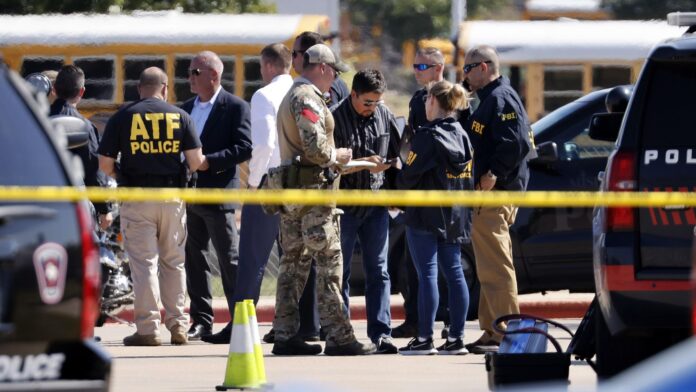 A piece of major news has broken out in the Arlington area of Texas state, USA. Wherein during an open firing four people got injured at the Timber view High school. However, the police have confirmed that three of them were taken to the hospital. However one among the injured refused treatment at the scene.

The whole city of Arlington is in a state of fear and terror after the recent incidents. The Police stated that around 9:15 they got a call regarding the incident and they responded to the scene, immediately. The incident occurred in the Timber view High school building on Wednesday, October 6. According to Kevin Kolbye, the assistant chief of the Arlington Police department. The horrific event appeared on the 2nd-floor building of the high school, Arlington Texas.
However, according to the reports a person was openly fired in the Timber view High school, from the 7000 block of South Watson Road in Arlington. The weapon was immediately fired from the 2nd floor of the scene of the crime, where this horrific incident occurred. The whole school was in shock and were terrified after hearing those shots dodged from the Bullets in an open firing.
The high school’s located in the Mansfield independent school district. The police reports state that more than two or even three shots were fired during the incident. And among these around 2 people have gunshot injuries, said Kevin Kobe. 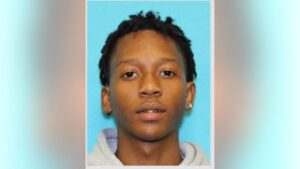 Those victims who got injured, among them some were already in surgeries, late Wednesday morning Chief Tracy Aaron said. The most terrified were the parents. Whose children were present in a hostage kind of situation during the whole terrific incident. It was truly a state of terror and horror and especially for the parents of these young children.
Due to the immediate open-air firing, the school was immediately put on lockdown. All the students, teachers, and staff were locked inside the school campus itself. They were locked inside their classrooms, offices and later the Mansfield ISD said all the students are escorted safely to the buses. However, now the school’s been given an “all clear” situation and now the terrified students will be reunited with their families.
As for the horrific incident, the police have started its investigation for the open firing at the high school. They have identified an 18-year-old student as “a person of interest”. In the incident, 18-year-old Timothy George Simpkins has been found as the person of interest. As there might be chances that he may be driving a silver dodge charger. The police officers suspects that the open firing might have happened. When the student has got into a major fight and decided to draw a weapon, Kobye said.
However, this is not a random horrific act of violence, but it is somebody attacking our schools, Koybye said. And, the suspect is considered very harmful and dangerous for the entire area.

VICTIMS INJURED IN THE SHOOTING AT TIMBERVIEW HIGH SCHOOL

Those who got injured included pregnant women, who might have fallen during the open firing. But she declined the aid of medical care provided to the victims. While the other included an older person who is suspected to be a teacher in the high school. But the officers are unable to find out that, how the students got guns or weapons inside the school campus.
According to the latest news the police might have found the location where the suspect lives. And the whole area is now being surrounded by the police, the location is Ragland Road, in the 8000 Block of South Collins.
MENA SUVARI SHARES ABOUT HER RAPE AND EXPLOITATION VIA ‘PEACE OF MIND’
For precautionary reasons, the whole city’s Arlington schools have been on a lockout, while the police search for the suspects. The principals of the schools have stated that the normal schooling is going on in the schools. And there’s a lockout with situations under control. This horrific incident has built somewhat kind of fear among the students, parents as well as among teachers.
EMILY RATAJKOWSKI ACCUSES ROBIN THICKE OF GROPING HER